Revisit – a Nativity trail in Tier-3

Following my December report on the Tier-3 Christmas plans of Christ Church Downend, Bristol, I called back to find out how things had worked out for their Christmas trail.

I spoke again to Anita Dobson, Head of Discipleship, who organised the trail of shop windows, videos, and artwork. I learnt that at one stage she found herself standing in the wind and the rain with Three Wise Men and nowhere to put them . . . 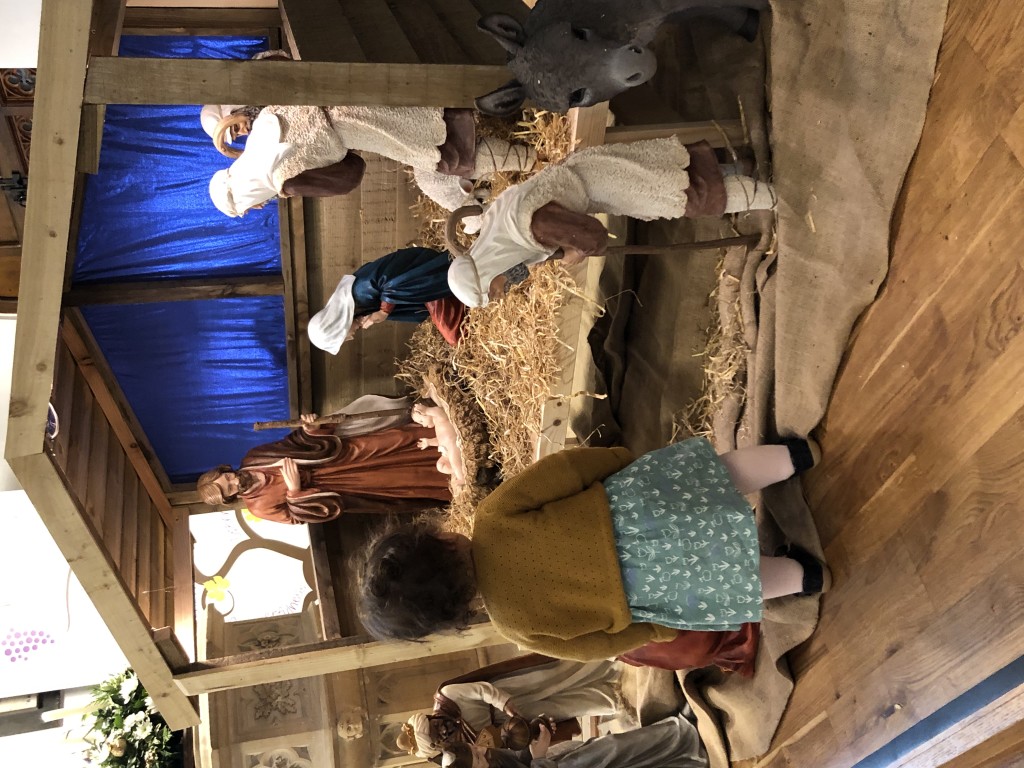 This photo is used with permission.

A success
Happily the trail was a success. While Anita isn’t sure exactly sure of the numbers, about 30 families visited the crib scene in the church over the four days (see photo above) and each of the six videos on YouTube had between 50 and 70 views. She’s also really pleased at the church’s success in reaching out to the local community. “Because the trail was on the high street, people who perhaps would never have come to the crib service or come to church were able to join in,” she said.

The shops reported that quite a few people had come in to look more closely at the figures and many had had their photographs taken with them. 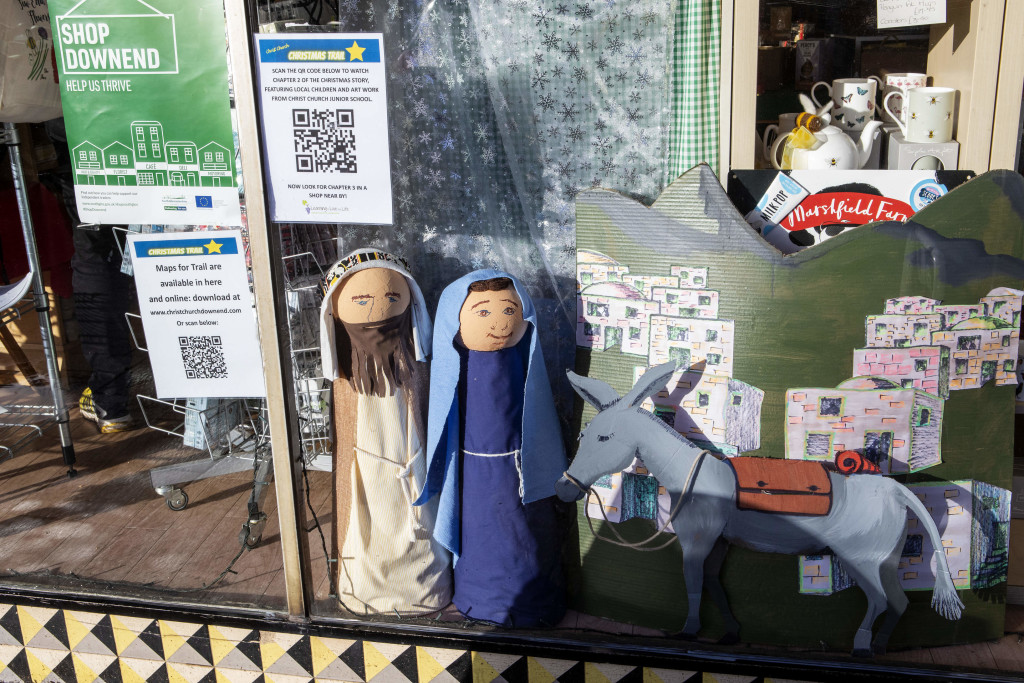 A wet and windy morning
One notable hiccup happened when Anita went to deliver the figures to the shops. She had checked two weeks previously and discovered that one of the shops was moving, and so she had found a replacement. However, when she took the figures for delivery, on a very wet and windy morning, she found her Plan B option had decided to close for the whole Christmas break – with their shutters also closed.

“So there I was in the wind and the rain with the Three Wise Men, trying to protect them. I took them to the next-door shop, which was a Building Society with a nice big window, and just said ‘help’. And they did, thankfully, and were very pleased to be involved. So it all worked out.”

Anita said the figures had exceeded her expectations, being so beautifully made, and the videos had been tremendously effective. And the local schoolchildren’s artworks, placed on the walls of the church so the congregation and trail visitors could see them, were extremely powerful. “I think people were touched by them,” she said.

They might very well do it all again this Christmas, even if they can do their normal crib service too. “We’ve got the figures and the videos, and we’ll put them away for now,” she said.

Reaching out
While all their Christmas services went ahead as planned, the church found unexpected benefits from having to adapt. “We had to involve the local community, the local shops, and it was a nice way of connecting with the community. And the people who made the figures weren’t necessarily those who would have been involved if we’ve had our normal crib service, so a different set of people and a different set of skills were used.”

Covid protection measures meant volunteers had to be in the church to welcome those ending the trail, to make sure they signed in and sanitised their hands. Visitors were encouraged to look at the crib scene and the pictures on the walls, and the church also put candles out so visitors could light one for a loved one. And these interactions meant meeting new community members.

They are now thinking about Easter and “playing with ideas to work out if we can possibly do something similar,” said Anita.

Perhaps one blessing of this time will be the many successful innovations made by churches and the community that have come from having to do things differently.