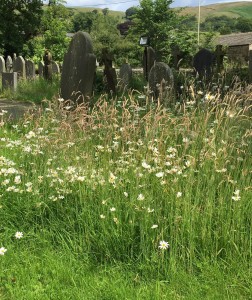 Last November St Mary’s Embsay with Eastby, an Eco Church in North Yorkshire, agreed to work towards the Church of England’s ambitious environmental target of becoming carbon ‘net zero’ by 2030.  Recently they won a grant to help them on their journey.

St Mary’s, a recent recipient of the A Rocha UK Eco Church Silver Award, joined with four other churches in the Craven District of North Yorkshire to form the Towards Carbon Neutral Churches in Craven (TCNCC) Steering Group. They submitted a bid to the Rural Community Energy Fund (RCEF) for funding for a feasibility study that would advise them on generating renewable energy in each of their church buildings and, just as importantly, how to go about getting the funding to achieve this.

Members from each of the five churches – St Mary’s, Embsay with Eastby (lead church); All Saints, Burton-in-Lonsdale, which is also a Silver Award Eco Church and a Fairtrade Church; St Mary’s, Carleton; St Augustine’s, Draughton; and Holy Trinity Skipton – formed the TCNCC Steering Group and “put in a lot of hard work on the bid”.

I asked Diana Linford, recently invited to become Parish Environment Officer at St Mary’s, Embsay, about what happens now and about their longer-term eco aims.

“All five churches were really excited to win and we now just need the legal agreement with the RCEF and then we’ll be putting out the tender for a consulting engineer to carry out a feasibility study in each of the churches and produce a set of recommendations for each building,” she said.

The five churches are each planning their own launch events. These are likely to be linked to the Climate Sunday initiative, which has called on all churches across Great Britain and Ireland to hold a climate-focused service on any Sunday before the UN Climate Change Conference (COP26) being held in Glasgow in November. The call is to “hold a climate-focused service, to explore the theological and scientific basis of creation care and action on climate, to pray, and to commit to action”.

“St Mary’s is definitely going to have a Climate Sunday Service and we are also having a lead launch event at Holy Trinity in Skipton. The Bishop of Ripon, the Right Reverend Dr Helen-Ann Macleod Hartley, will take part in that as she’s very supportive of the project,” said Diana.

A key aim is to disseminate the findings and recommendations for each of the five buildings, sharing the report as widely as possible with other churches and historic buildings facing similar challenges.

“We’ve already started discussions with Jemima Parker, who is Environment Officer for the Diocese of Leeds, about the dissemination plan,” Diana told me.

She explained that “the bid came about after I and a couple of others attended a Diocesan webinar about the Rural Community Energy Fund (RCEF) hosted for the diocese by Jemima. After the webinar, we looked at each other and thought we’ve got to go for this. We put the word out to other churches locally because it couldn’t just be a bid from one church; it had to be a group application. We really needed people who were passionate about the vision, who’d got the time to dedicate to it and were prepared to work really hard.”

The TCNCC Steering Group wanted the bid to be from a representative group of churches (and buildings) so that their bid could be used as a model by many other churches. As luck would have it, the five churches represent a wide range of profiles from “small to large, based in a market town, in villages, medieval and Victorian buildings, situated in the National Park and in Conservation Areas”.

All the churches fall within Craven District, with four being within five miles of each other and the fifth a bit further away. They are currently at different stages of their “eco-journey”. Although they worked together over the bid, once a feasibility study has been carried out for each church, it will be up to each PCC to decide whether, how and when to take the study’s findings forward.

Diana thinks it will probably take until December for the reports to be ready (with Covid probably affecting the time frame).

The TCNCC consulted extensively while working on the bid, which was strongly supported by the Victorian Society, the Yorkshire Dales National Park and Craven District Council. The latter two organisations have also committed to the 2030 net-zero carbon emissions target.

Getting a feasibility study done for each church – with detailed and costed data – will help each church council to make a fully informed decision about whether and how to install an appropriate renewable-energy-generating system in their church. The study will also provide guidance on funding strategies.

“A common problem for most older buildings is heating. Four of the bid churches are large and made of stone, so they’re cold,” explained Diana. “So, the key is not just installation costs, but how can you fund it and pay the bills over time when you’re a church with very little money, which is the position of many PCCs looking after historic churches.”

Committed to its eco-journey 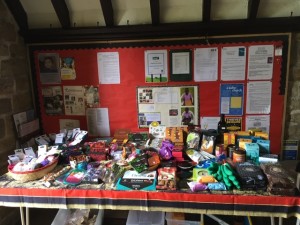 St Mary’s, Embsay, a Fairtrade Church in a Fairtrade Village, is committed to its eco-journey. Aside from this RCEF success, it gained the A Rocha UK Eco Church Bronze Award in October 2018, the Silver Award in 2020 and is now working towards the Gold Award.

“We have a tiny little eco-group of four, but the whole congregation and the vicar, Marion Russell, are really supportive. There is a new webpage about the bid, an Eco Church webpage and also a new physical Eco Church noticeboard, as part of raising awareness.

“We also encouraged everyone to calculate their personal carbon footprint using the World Wildlife Fund’s carbon footprint calculator. It’s quick and easy to do and it’s given everybody a sort of baseline and provoked discussion. We’ll come back to that, probably in about a year, and see how we as individuals got on,” Diana said.

The vicar also introduced a new initiative this year – having an eco-theme for each month and linking prayers to it. 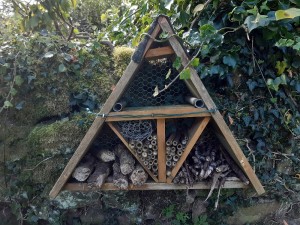 Diana explained that the A Rocha UK Eco Church website is incredibly user-friendly and allows each church to work through stages, which cover every aspect of church life, from the building to the activities that take place inside it as well as the personal actions of church members. As changes are made, the scheme awards eco-points and calculates how many more are needed to reach the next stage.

Embsay, with its population of about 2,000, is supportive of the church’s objectives and St Mary’s will try to reach out further to the school and wider community, depending on what happens with Covid and lockdown later this year. “We would love to involve the school and the rest of the village,” Diana said.

If you are interested in working towards becoming a more eco-friendly church, then look at the Church of England’s very practical two-page guidance, which sets out a path to net-zero carbon for churches.